Cara, you should not have complained about my epic fail on keeping the blog updated.  I TOLD you my life is super-duper boring right now.  So you have to get these little things I have stolen from other websites.

This one may not be funny unless you are watching Game of Thrones.  Which we are, so we think it is hilarious. 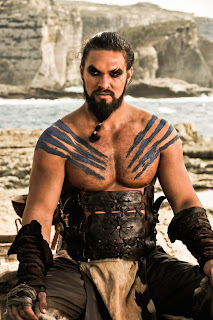 "Aspiring GOP presidential candidate Khal Drogo dropped out of the primary race today in a move that could position himself as former Gov. Mitt Romney's running mate.
"Drogo brings a lot to the table," said Republican strategist Karl Rove. "He has more than 100,000 blood riders that could be used to get out the vote."


Meanwhile Tywin Lannister, Lord of Casterly Rock, Shield of Lannisport and Warden of the West, has also left the field, but has decided to run as an independent.
"This could be a real wildcard," said Fox News commentator Bill O'Reilly. "Lannister has the funds to personally finance his campaign and the type of independent entrepreneurial spirit that will appeal to conservative voters."


Lannister immediately named Petyr "Littlefinger" Baelish to be his campaign finance manager and Glen Beck to run his campaign.
"Beck and Lannister share a long and deep friendship based on their mutual love of gold," O'Reily said. "Meanwhile Baelish has years of fundraising and government experience. Together they could mount a strong campaign."

(thank you "Drunken ExPat Writer" on Gawker for your briliant mashup of GOT and the election)
Posted by Laurie at 5:07 PM