Here are some pix of my favorite trick-or-treaters (not including Princess Lucy of course): 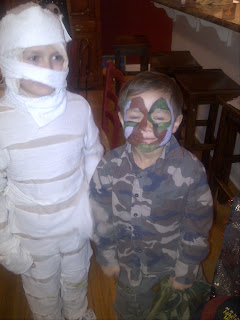 Army Man Mike and his buddy Russell the Mummy.  Mike hid out in the bushes waiting for me to arrive, so he could scare me.  I was a little bit late, so no idea how long the poor guy had to crouch out there.  But I was terrified by his "boo" :-) 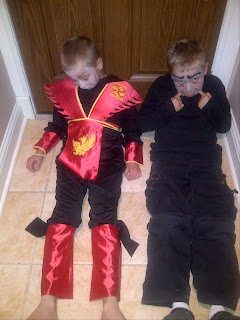 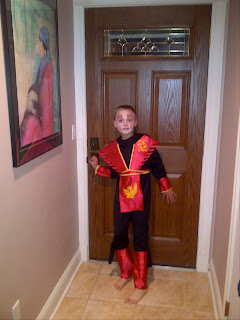 Liam was some sort of Ninja-Clown mashup.  Terrifying. 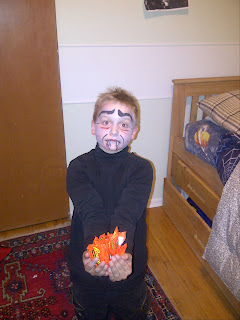 Al stuck with the classic Vampire.  Never goes out of style.  Especially when said Vampire is posing with 20 Reese's Peanut Butter Cups. 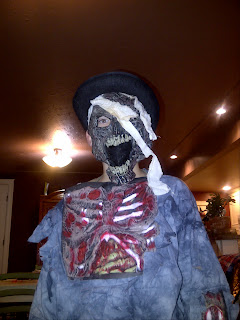 RJ in the mandatory 6th Grade Boy Costume: be as gory and hideous as you possibly can.
Posted by Laurie at 11:29 AM

I am going to keep Carsie a chicken as long as humanly possible.

good luck with that. Boys want to be hideous as soon as they understand the concept.