The big boys have early dismissal this week, so my task has been to keep them outside and busy. Today's excursion was to Riverside State Park to hike around the "Bowl and Pitcher" (so called because there are 2 giant rocks that supposedly sort of resemble them) Here are some pix: 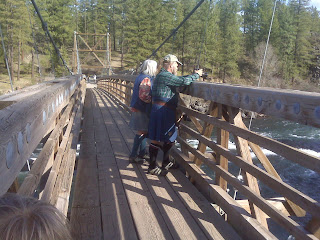 I heart the guy in his Utilikilt! 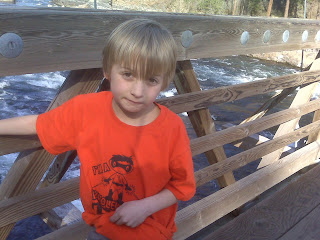 Liam on the bridge. We learned it was originally built in the 1930s by the Civilian Conservation Corps. So we got a little history into our outing. 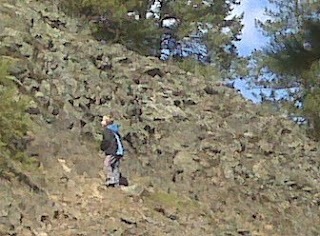 Ain't no rock high enough (or rubble-strewn enough) to keep us from climbing it. 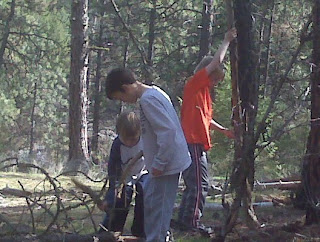 We found a little clearing and the boys decided it was a perfect spot to build a fort. They happily collected branches and built for about an hour while Lavs lollygagged in the sun, supervising. 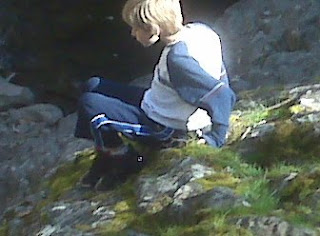 Alex inches his way down a slippery slope. 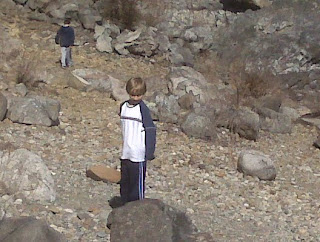 Whew, he made it to the bottom. Getting back up was a bit of a challenge though! 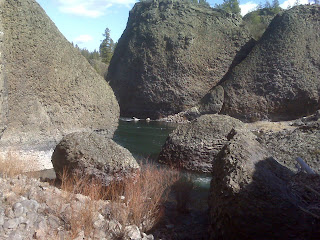 A 'beauty shot' of some of the rock formations on the river.
Posted by Laurie at 7:37 PM

Love that you went rock climbing with the boys. So fun.

You are the most fun auntie. You're always taking these boys to do great 'boy' things. And being supervisor would surely get you kicked off Survivor missy, good thing there wasn't a vote off at the end of your adventure.

Wasn't the weather great? too bad it's raining here now. What a great adventure.