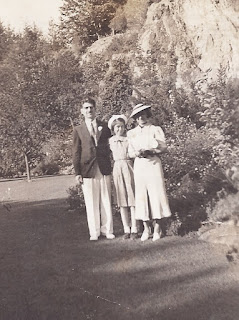 This little family photo was taken in 1936.  That is one spiffy family!  Loving Baba's white slacks, and of course Toddie and Mom (Mom would have been 12 -- or 13 or 11 depending on what year she decides she was born lol) are all dolled up.
Posted by Laurie at 5:27 PM 2 comments:

I was working in my office this morning.  I heard a sort of big "WHOOSH" sound.  All of a sudden, Lulu was right next to me, trying to get in my lap.

When I went upstairs to see what mischief the gang had gotten into, I found this out in the back yard:

We knew this tree was dead but wow!  Wasn't expecting it to topple!  Thank god it didn't happen the other day when we were all out there raking and mowing!
Posted by Laurie at 11:41 AM 1 comment:

It's Good to Have New Knitters in the House 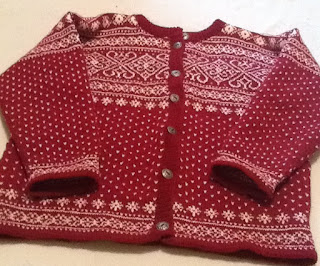 Because they have no understanding of WHY you have projects laying around that are nearly finished.  And they insist you drag them out and get them done.

Thanks to our resident nagger (that would be Cara), I have finished the Dale of Norway Sirdal Cardigan that has been sitting in a bag for 2 years.  And it's really beautiful.  Although I did mess up the buttonhole placement a bit.  But I'm not fixing it.  That would relegate the sweater to the bag for another 2 years and Car would never stand for that.
Posted by Laurie at 2:47 PM 3 comments: 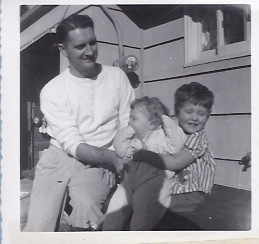 This must have been taken in 1958 or thereabouts.  Cute Dad, with cute little Laurie holding cute Baby Beezie.  Baby Beezie does not seem too happy with the holding, though.  Love my striped shirt!  And Dad was a handsome guy, wasn't he?
Posted by Laurie at 10:36 AM No comments: 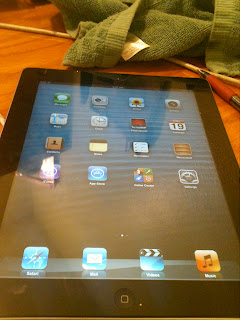 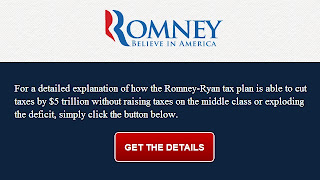 If you want an explanation of Mitt's Tax Plan, click here 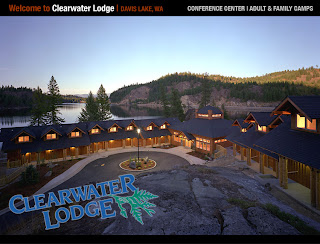 Pia & I spent a relaxing weekend at knitting camp!  We headed up north to Camp Spaulding for a retreat with the Knorthside Knitters.  No rustic bunkbeds or treks to the outhouse for us, we stayed in a lovely cabin with its own bathroom, and probably 10 times the floorspace that our London hotel is likely to have.

Here are the lovely ladies who retreated for the weekend: 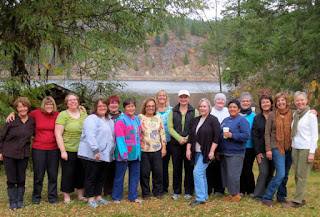 A great group of gals, and including Susan & her pal Alice, who came all the way from Seattle to knit.  Lots of knitting talent in this group :-) 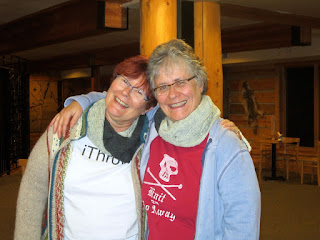 Geez, I am the WORST poser for pictures.  The cowls are cute though.

So sad to see our lovely summer of fun end!  I will always remember this year as the one that brought the Virginians home (after our relentless campaign...which really had nothing to do with their homecoming, but Katie, Pia and I will take the credit nonetheless)

Here's my list of the best stuff of the summer of '12:


Anyway, it's been a wonderful summer and I'm sure autumn will bring new adventures and fun to the team.  We're already planning our trip to the Rose City Yarn Crawl for some serious stash enhancement.  Not to mention our upcoming Trip Of A Lifetime to England (though Cara & Tony had to bail due to new jobs = no vacation time.  Boo) at Christmas.
Posted by Laurie at 10:01 AM 3 comments:

THIS Guy Should have been Moderating... 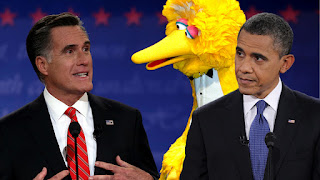 "I'm sorry, Jim, I'm going to stop the subsidy to PBS. I'm going to stop other things. I like PBS, I love Big Bird, I actually like you, too. But I'm not going to keep on spending money on things to borrow money from China to pay for.

The quote that launched a million joke tweets. Mitt Romney actually threatened to fire a guy onstage who is paid by an entity that uses .00014% of the federal budget. This is Mitt Romney's solution to help reduce the national debt. Shit on Big Bird."

And there was no mention of the words "47 percent", "women" "Bain Capitol" "legitimate rape"....huh.

And this:
"Tonight, the role of Mitt Romney will be played by some guy who would never have won the GOP primary.

Who the fuck was this guy? After a year and a half of campaigning on promises that if elected, he'll govern like Ayn Rand and Ronald Reagan's Mormon lovechild, when he took the stage last night, he spent 90 minutes pretending to be the guy who ran for Senate against Ted Kennedy in 1994, or for Governor of Massachusetts in 2002. He denied that his tax plan says what it says and paid lip service to teachers while his plan would likely cut tens of thousands of teaching jobs"

Last night's debate was supposed to address "domestic issues," but what we got was a 90-minute bicker sesh about Social Security, Medicare, and taxes with brief forays into education. This may have been because both campaigns assume that only old people watch TV, but Obama missed a huge opportunity to connect with the millions of young voters who were in the process of making the debate the most tweeted-about political event in history. Nothing about women's issues? Okay. I guess we should save that debate for The View, the place where ladies kvetch about their silly, fluffy economic well-being as it pertains to their gender and roles as mothers and caretakers."
Posted by Laurie at 2:00 PM 6 comments:

The Museum of Ridiculously Interesting Things

You too can waste most of an afternoon browsing through this blog.  Fabulous Victorian photographs and lots more!
Posted by Laurie at 5:35 PM 1 comment: